The First Chapter, the Dark Angels landed on the western side of Teneborus, the largest continental landmass in the northern hemisphere of Arvant. Captain Lionshield, leading a strike force of Marines and a Redemptor Dreadnought, were investigating a ruined Imperial complex after Planetary Defense Forces reported no contact from the stationary defense team for 3 full day cycles (each day cycle is equivalent to approximately 3 Terran days).

Once at the complex, the Dark Angels were quickly assaulted by a force of orcs, strange beastly orcs, even more primitive than usual, their grey skin indicative of lengthy time aboard interstellar transportation (Space Hulk).

The fight was short and brutal, with the orcs, backed by a weird boy, quickly making contact. Captain Lionshield and the dreadnought made short work of the orc patrol, losing several marines dead and injured. The Marines retired from the complex, leaving the the field strewn with the bodies of orcs. 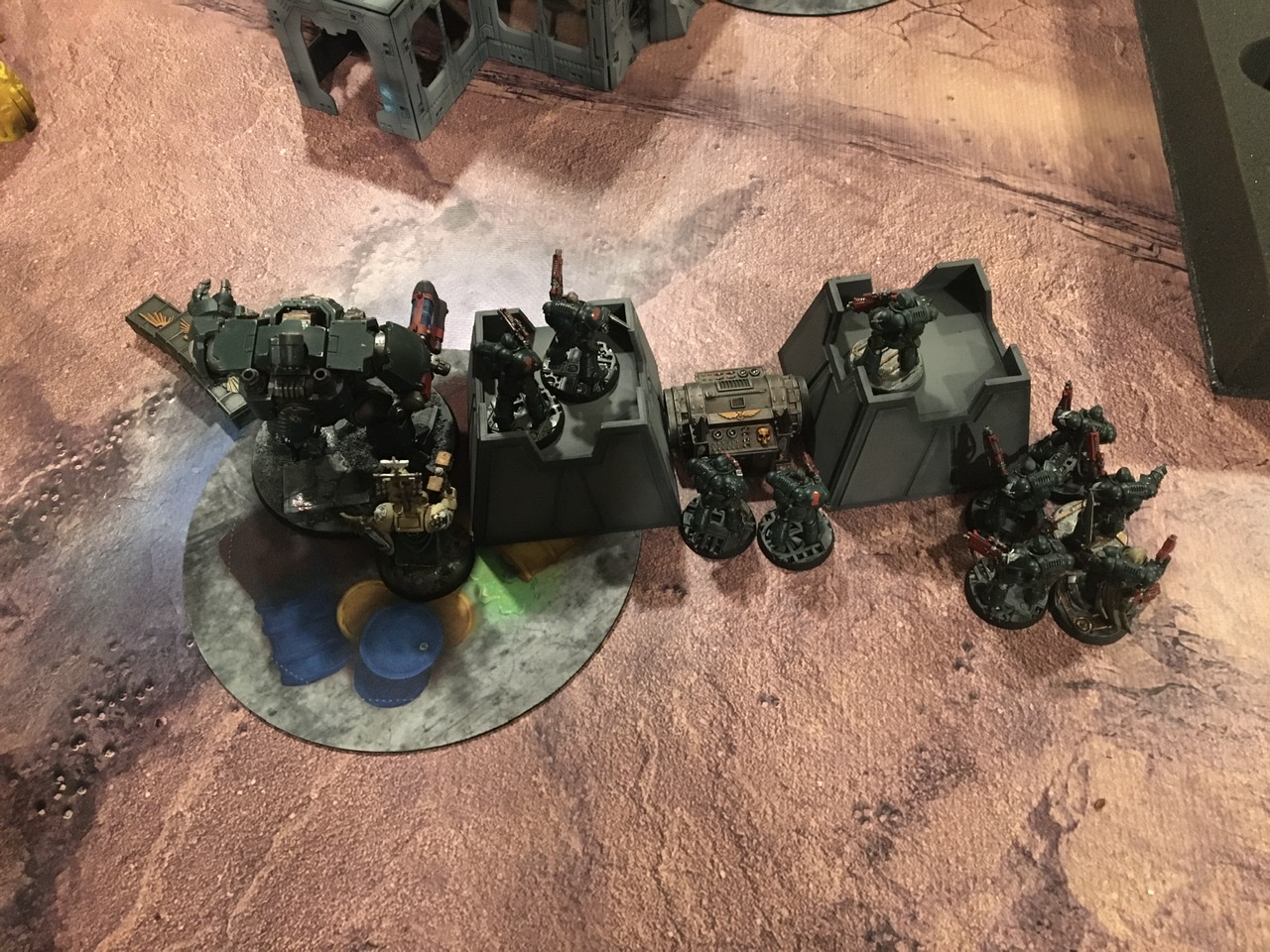 The Dark Angels lines as they move into the complex. 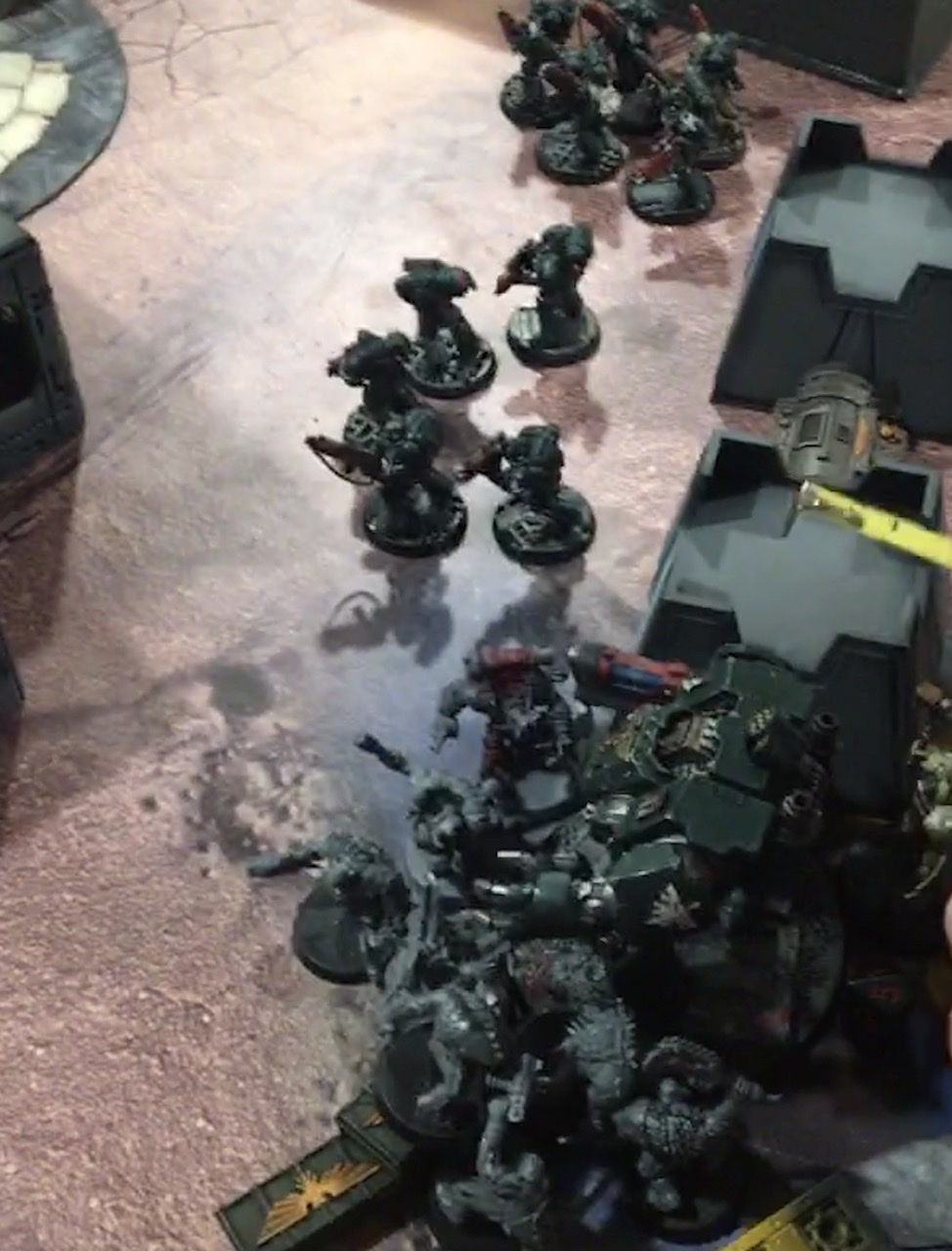 The dreadnought stands resolute against the furious charge of grey skinned orcs.

Welcome to Across the Eastern Fringe