Our exploitation of the Eastern Fringe has been opposed at every step. First, we encountered the machine hordes while unearthing hidden knowledge, then our sacred rituals were interrupted by the White Scars. Today we faced more of our wayward cousins…

While exploring an ancient ruin, we were waylaid by a force of Dark Angels. Their leader called himself Lionshield, and proclaimed his intent to take my head. 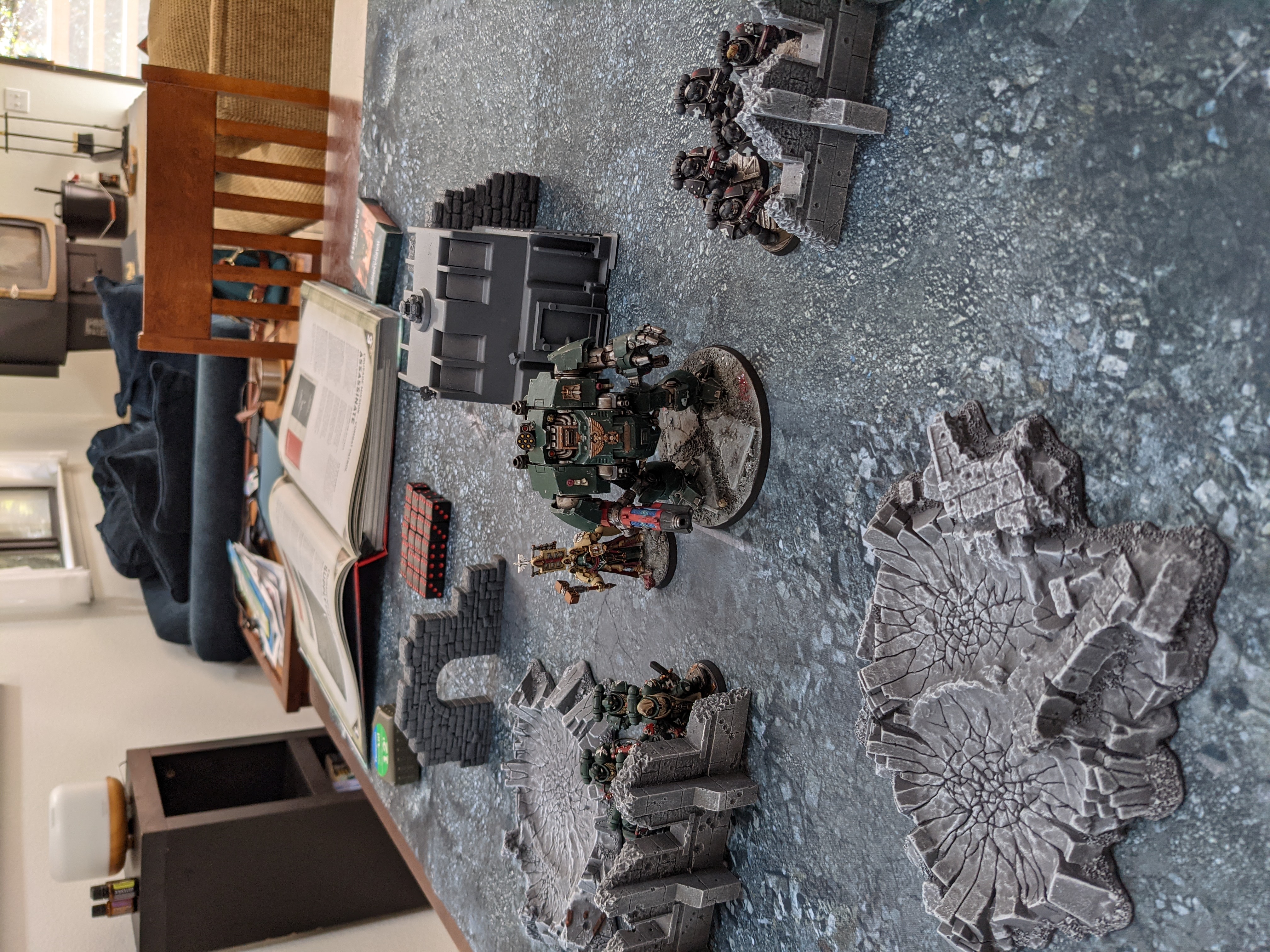 The fool. I am Xanthoss, Lord of the Thousand Sons, and my ascension is inevitable. The sons of the Lion nevertheless threw themselves into battle. We met their assault with a storm of eltritch power, and a hail of daemonic fire. Even their Ancient was unable to withstand our fury. 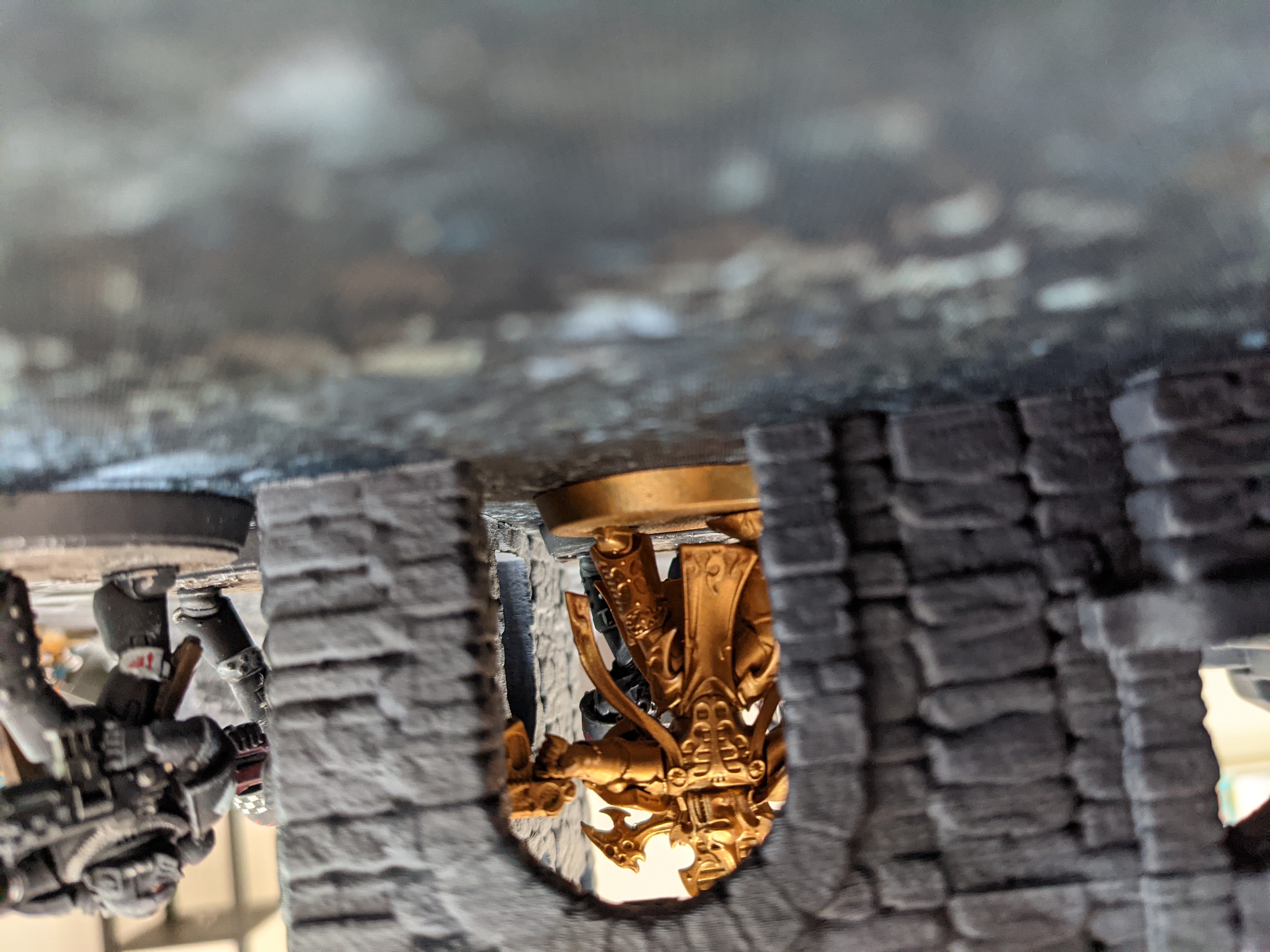 Zah’mat, the master of daemons demostrated his leadership today, and continues to be an inspiring presence on the battlefield. However, Aspiring Magister Oniris and his Rubric Marines failed me once again, and must be reprimanded. 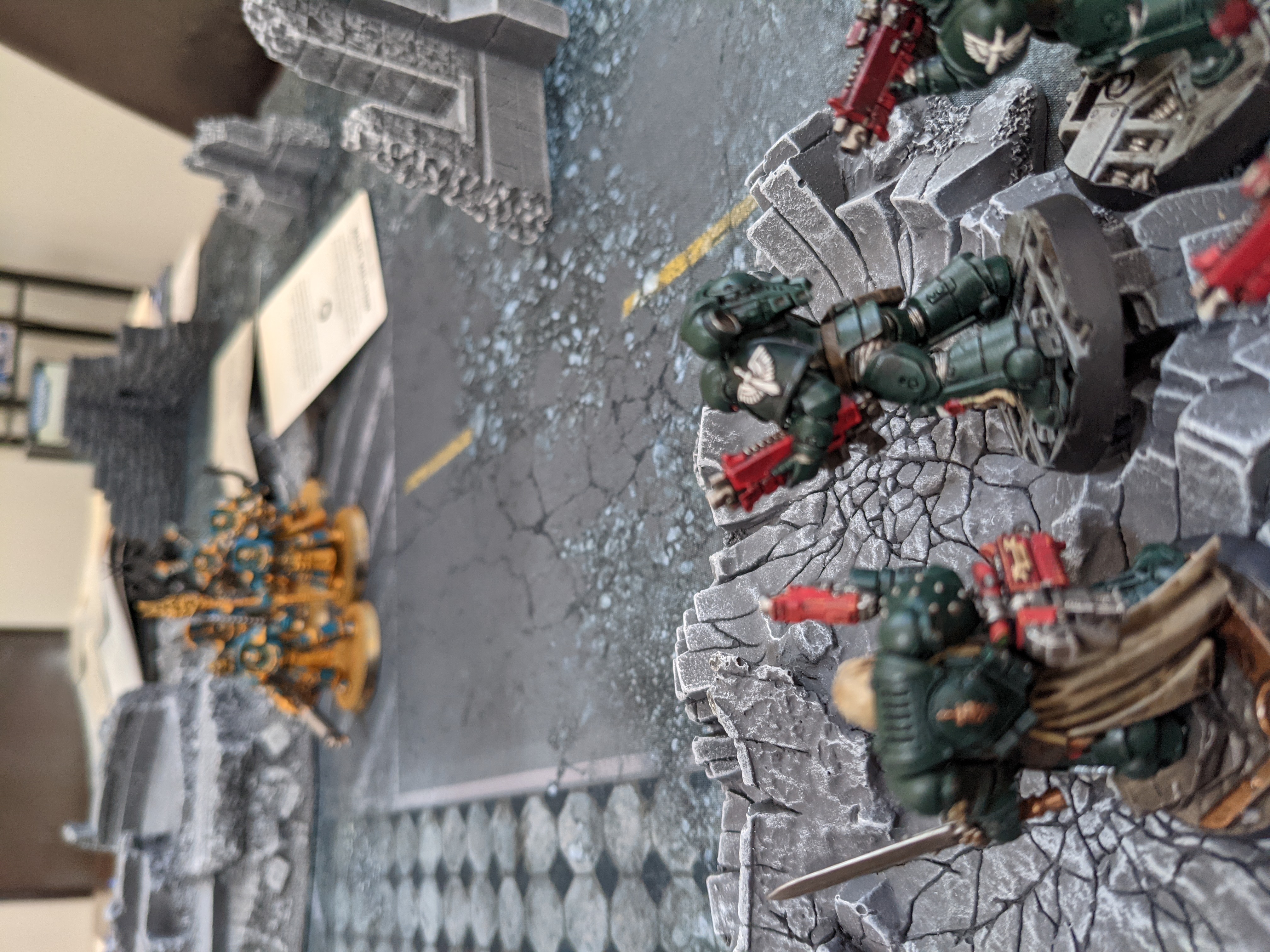 In the end, the Scarab Occult were left to hold off the enemy troops, while I faced off with Lionshield. Truly, the Changer of Ways must look upon me with favor, for my armor withstood the thunderous blows from his hammer, and I defeated him with a massive blast of empyric energies. 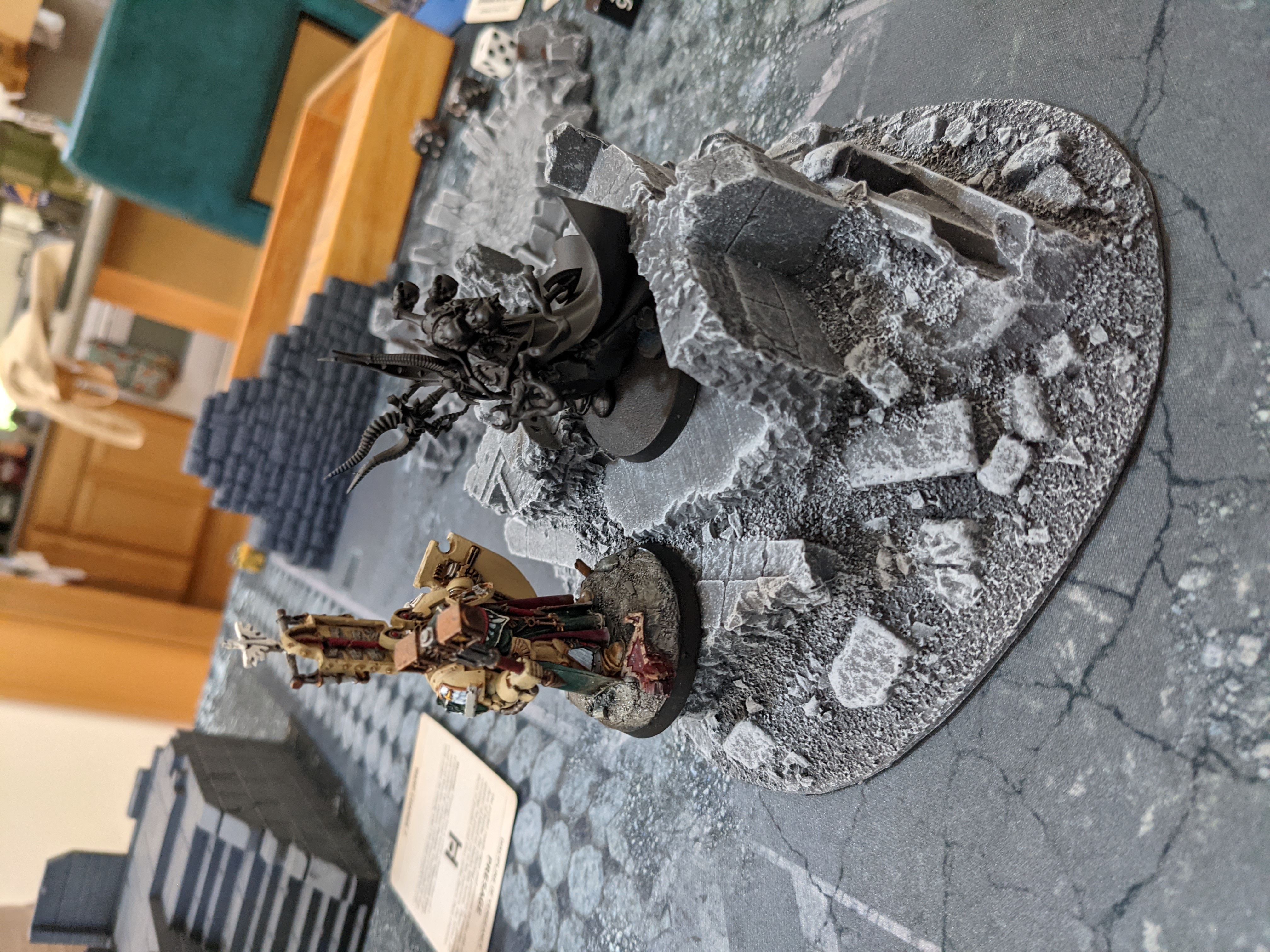 We must continue to be vigilant in our quest in the Eastern Fringe, for surely we will continue to encounter opposition here, be it from Necrons, or forces the Imperium. I have also tasted an uncouth and primal energy in the warp that must be a sign of Ork activity. But we must continue our exploration, for the Eastern Fringe certainly holds the key to a great power that will be mine!

From the perspective of Captain Lionshield:

Today the great Sons of the Lion learned about a daemonic ritual after interrogating one of the captured Fallen. Master Raphael Lionshield lead a small patrol into some old archaic ruins from a time long forgotten. Here they found a small force of the Thousands Sons to be conducting a ritual.

While Master Raphael Lionshield was busy fighting the Infernal Master and the Rubric Marine, the Scarab Occult Terminators were able to wound and kill a few Intercessor Marines and charge the Tactical Squad. The dirty heretics were able to kill the small Tactical Marine Squad.

The next thing Master Raphael Lionshield knew was that the heretic decide to use his cheap cheating tactics and called upon the false gods and used magical powers from the warp to drain all of his wounds. At that same moment, the Scarab Occult Terminators were able to pull one of their dead from the ashes and pushed their swords into the chests of the Intercessor Marine Squad.

Once the Thousand Sons left the area, a hidden figure in one of the caves emerged onto the ancient ruins and collected the Marines and signaled their transport ship flying above the area to claim the damaged bodies. Luckily no one from the Sons of the Lion suffered any major wounds. Master Raphael Lionshield learned a valuable lesson about this encounter…the Heretic Astartes knows as the Thousand Sons fight dirty and should not be underestimated.