Mortal wounds, the haves and have nots

Busy readying himself for his ascension, Overlord Thoth-Amon was content sending one of his minions to battle, some meaningless lesser beings were detected entering his territory. Marching to the battle were ranks of metal warriors, a swarm of scarabs, and slithering on the flanks were a unit of wraiths. 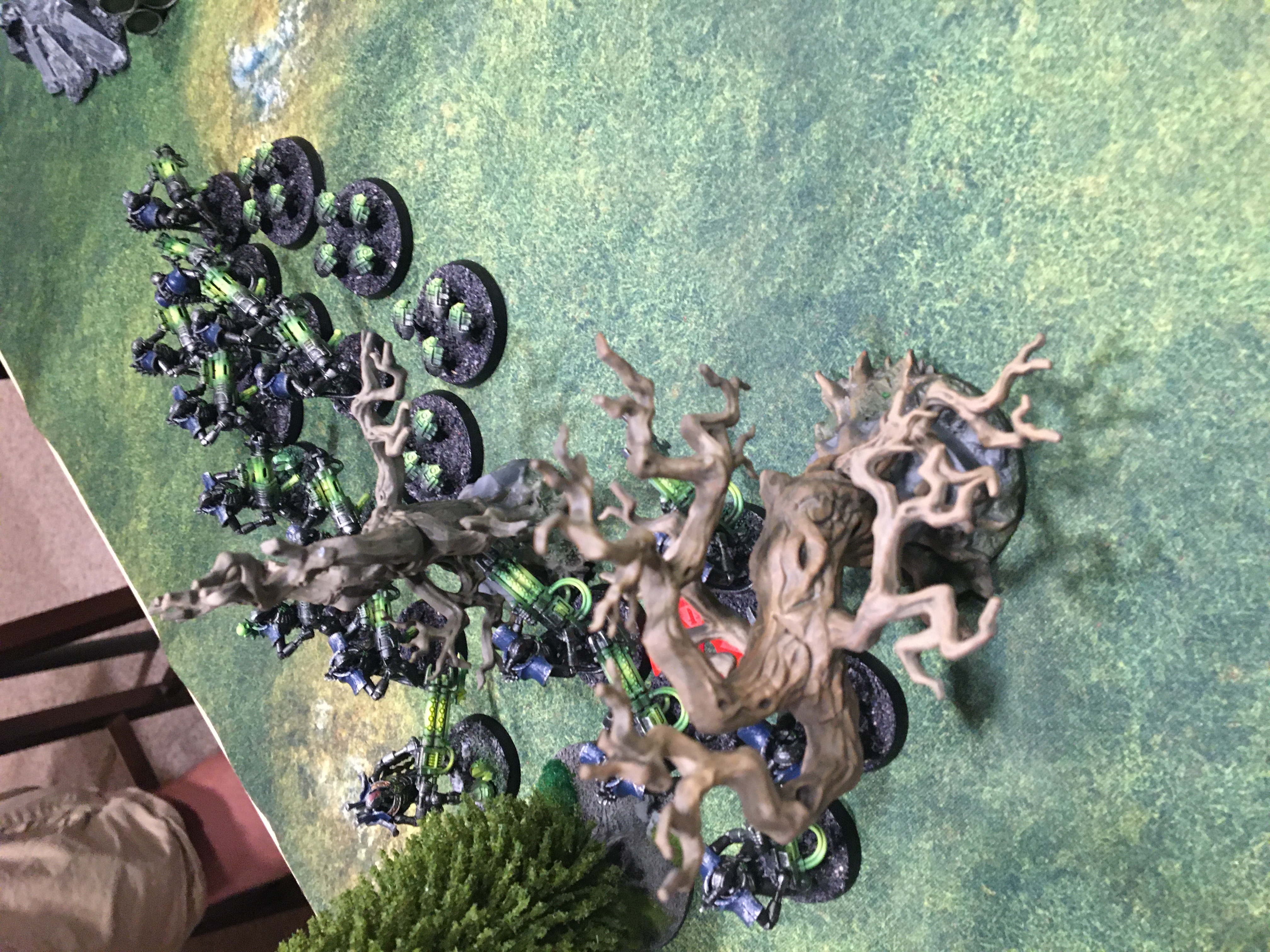 Xanthoss the Inevitable had other plans, though, plans probably years, or even eons in the making, what with his scheming and scrying the skeins of time. Alongside Xanthoss marched his rubricae, led on by aspiring sorcerers starving for eldritch lore and personal accomplishment; one unit of Scarab Occult Terminators, and one unit of Rubric Marines. 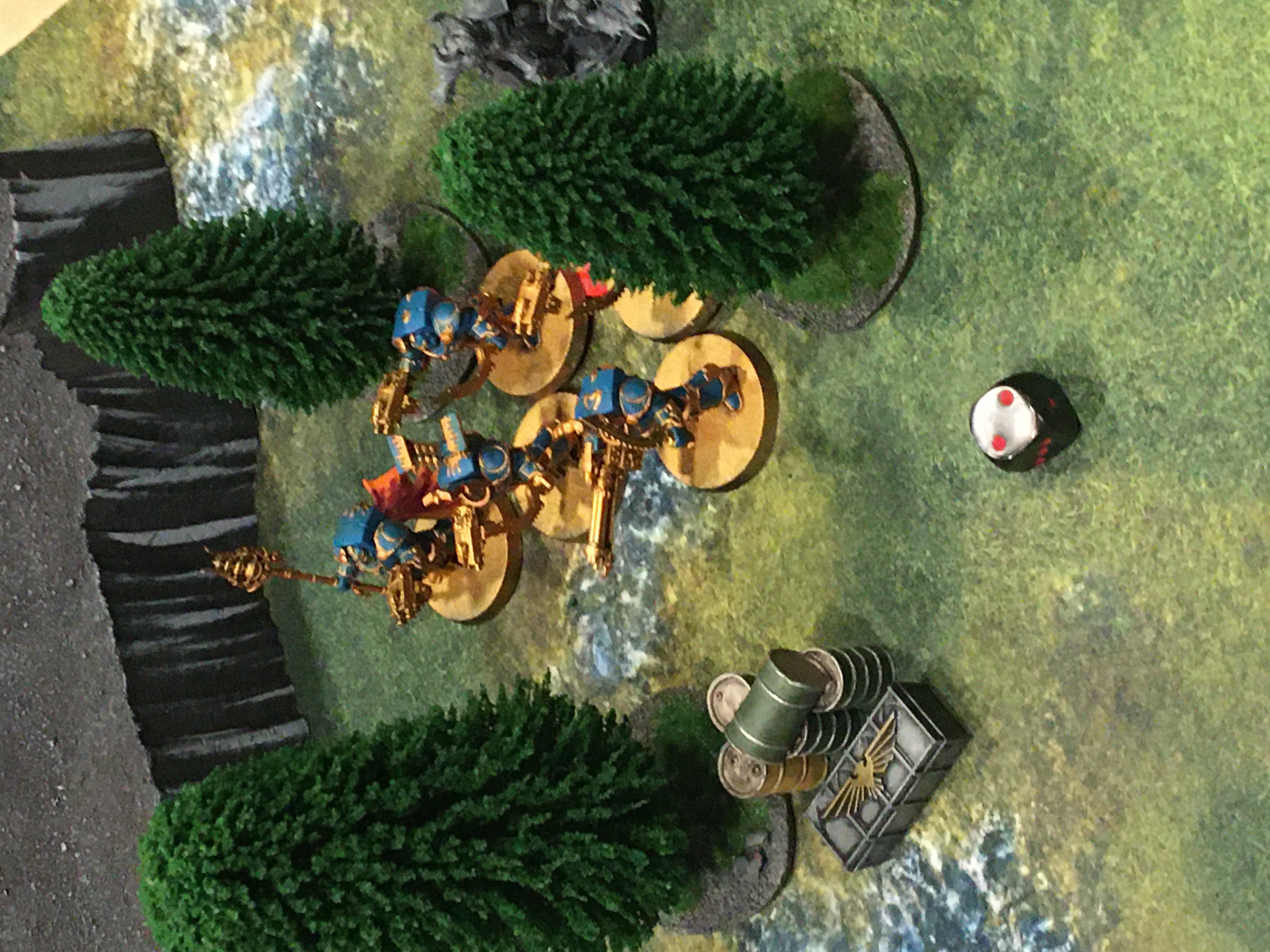 A malignant form appeared at Xanthoss’ side, wreathed in grey smoke, in fact, colored grey as the smoke from whence he emerged. It was an infernal master, name known only to Xanthoss and forgotten by the humble keeper of these archives (me).

The fight was short, as they should be in Combat Patrol. Deadly warpfire exploded amongst the metal horde, sending them back from whence they came. The wraiths attacked the Terminators on the far flank while the Infernal Master used his powerful magics to unearth forgotten arcana, his moon swept aspect leering in the gloom. 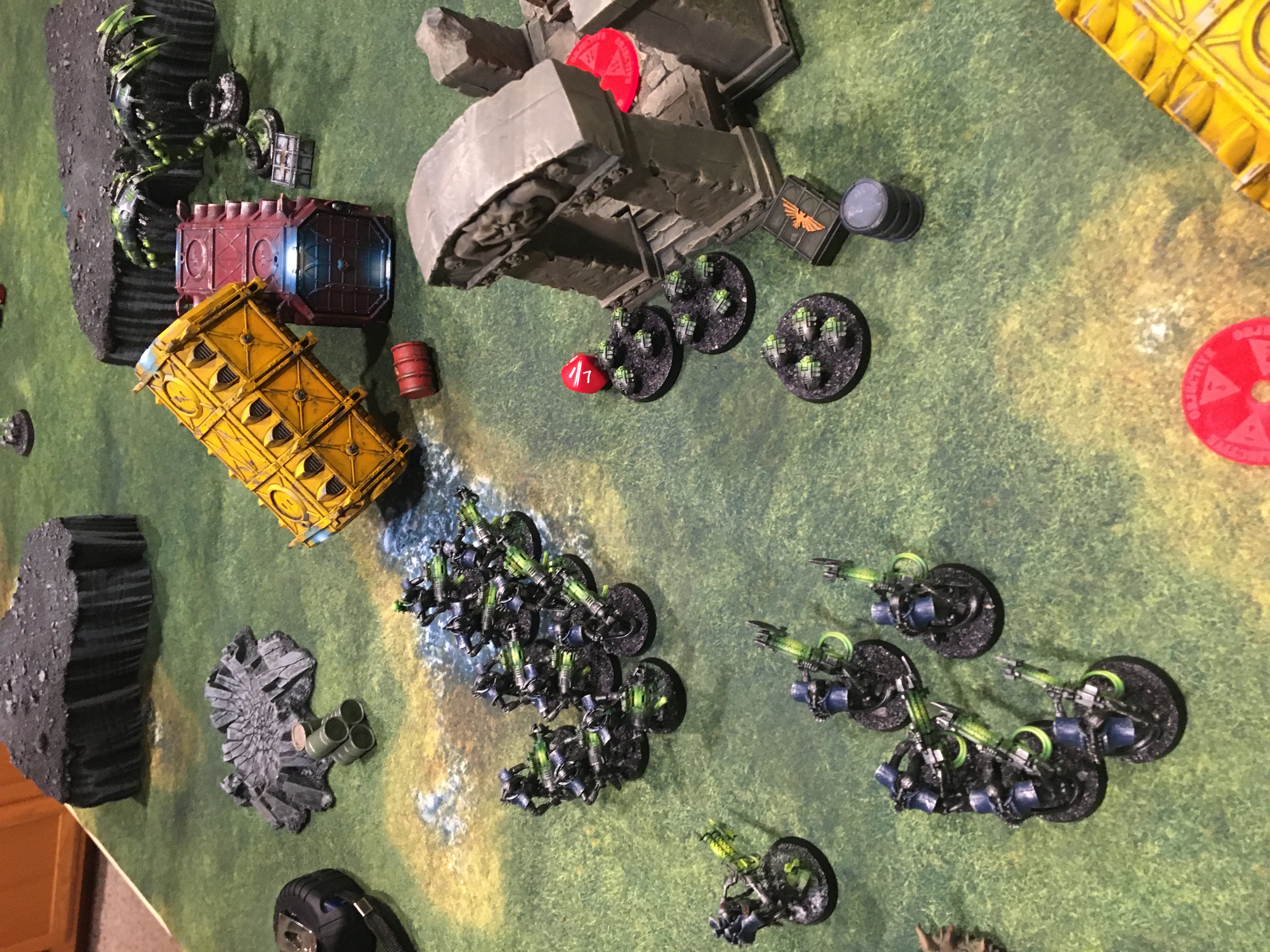 The return fire of the grinning metal warriors was devastating, rending the ancient carapace armor of the Rubric Marines. In the end, however, the power of Xanthoss and his minions was too much, the Metal Hordes slowly phasing out of existence.