Don't bring an Astartes Chainsword to a Redemptor Fight

Freshly arrived to the Arvant Sector Captain T’rak met with Captain Lionshield, recently bloodied by a sharp fight with a group of orcs. After the customary clasping of arms, manly salutes and Battle-brother hugs, Captain T’rak suggested the White Scars and Dark Angels conduct military maneuvers.

After several hours of fire and movement the two patrols met for “combat”. It became quite apparent to Captain T’rak that the Redemptor Dreadnought is a fearsome foe, and that while tasty in the assault doctrine, the Astartes Chainsword is no match for a bitter ancient Space Marine ensconced in a metal body.

After the action Captain Lionshield heaped much praise onto the athletic assault of the White Scars but also tempered it with valuable wisdom, “You should have your thralls prepare a dreadnought, the operations on this planet will only get uglier still”. 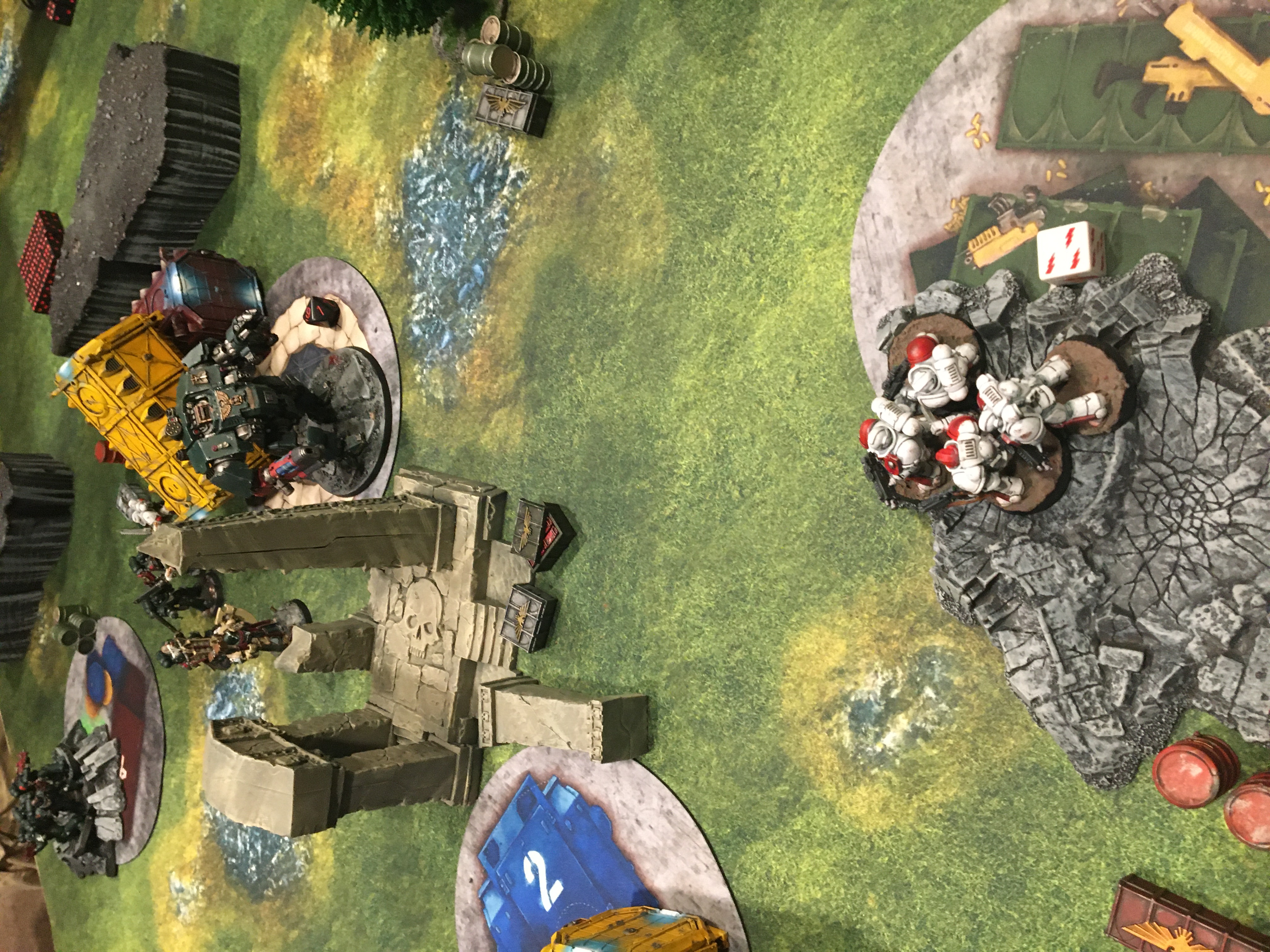 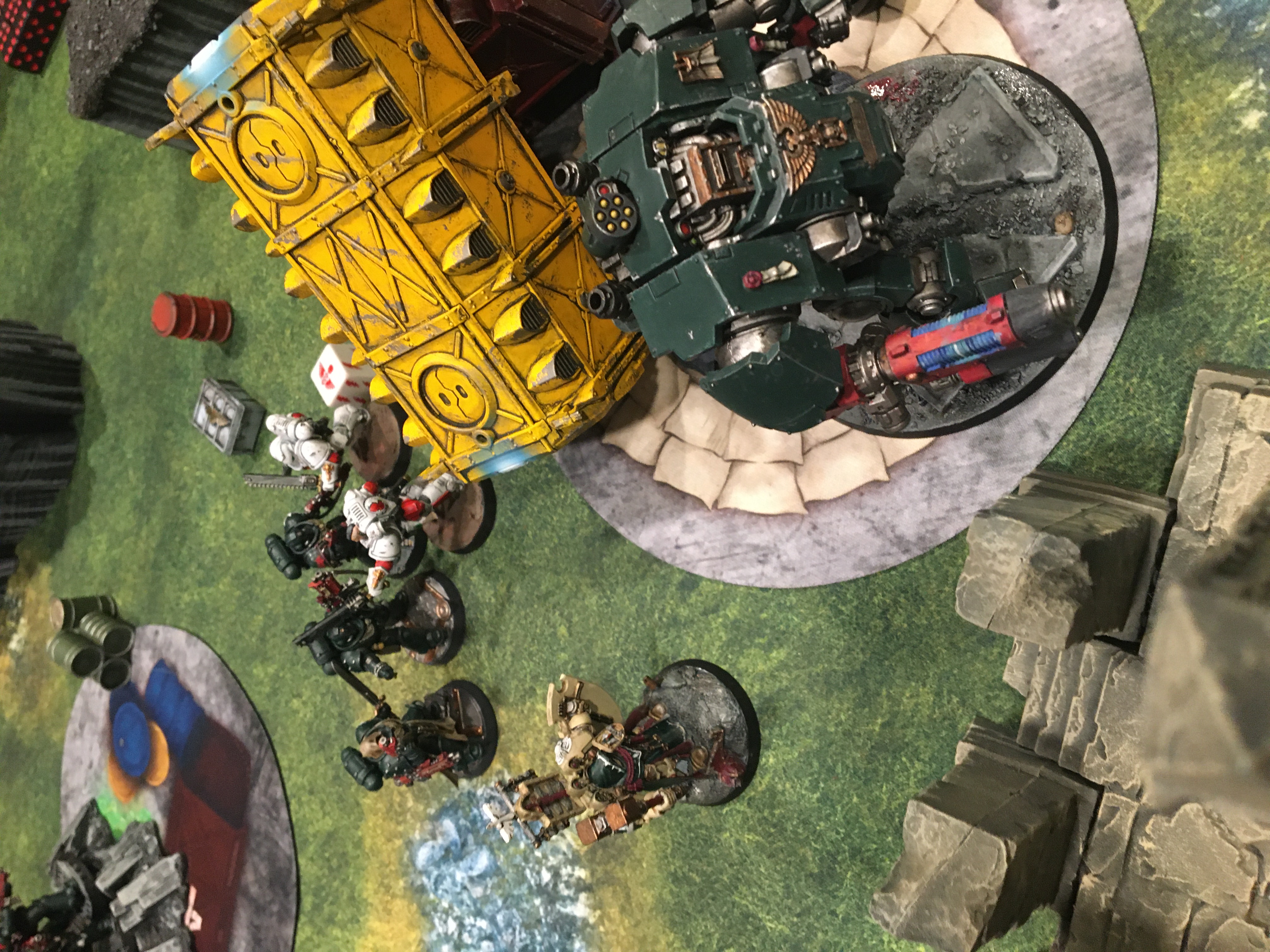