As we explore this sector, we continue to discover the ruins of an ancient, yet powerful civilization. Forsooth, all is dust.

We have unearthed knowledge of powerful relics spread throughout the Eastern fringe, mighty weapons and ancient grimoires full of terrible and powerful magic. We made planetfall on one of these worlds to seek fragments of these relics

Soon after we landed, we were set upon by a band of Orks. They charged us on strange beasts, while their ramshackle vehicles careened into our ranks. Meanwhile, their uncouth Shaman attempted to tunnel a hole through the warp. 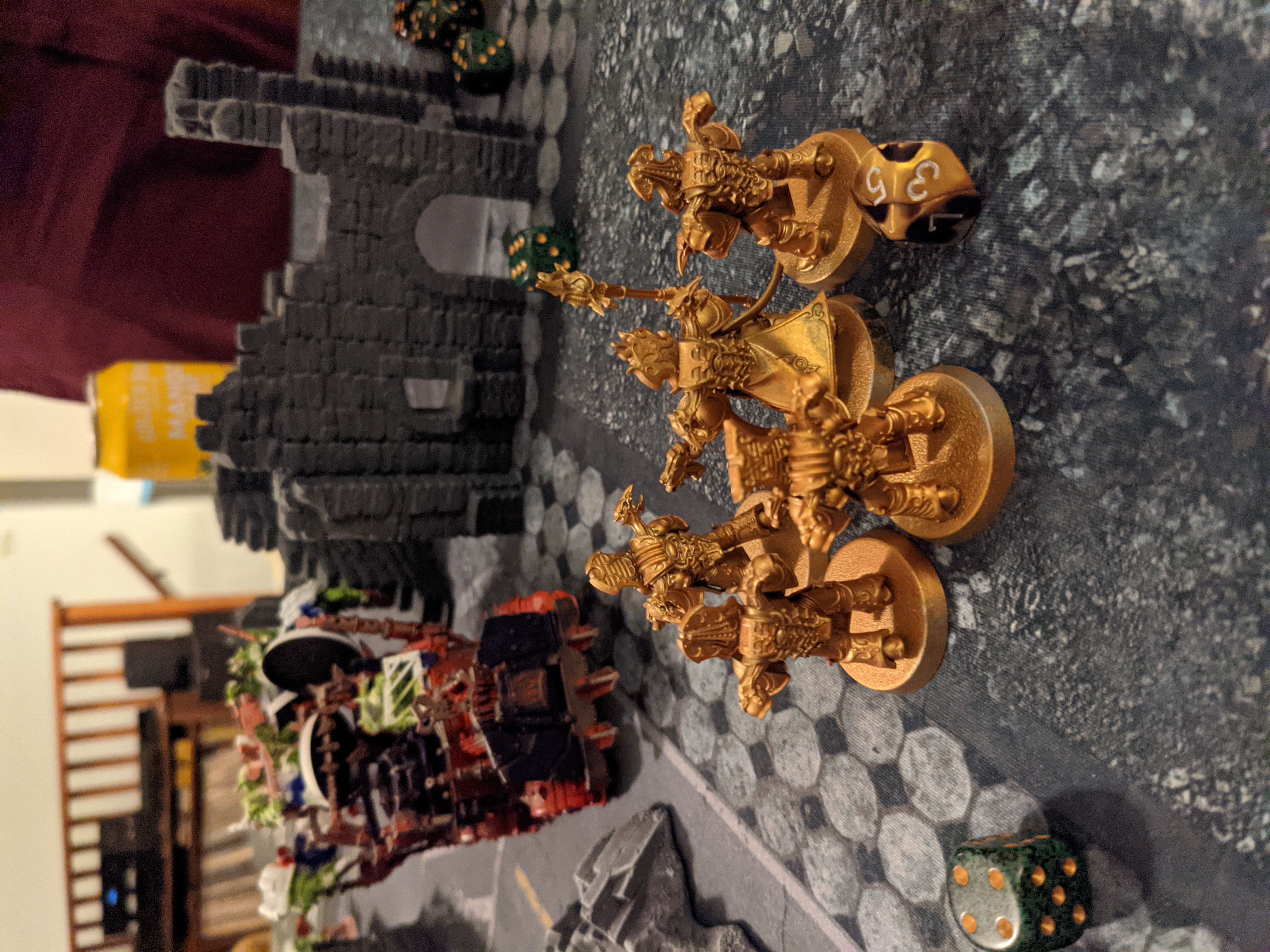 The forward assault broke upon the Scarab Occult, and our psychic dominance stymied their Shaman’s efforts. A band of Ork soldiers did reach my position, but my mastery of Time kept me alive.

We were victorious, yet the Ork shaman absconded with the arcane fragments that we sought. 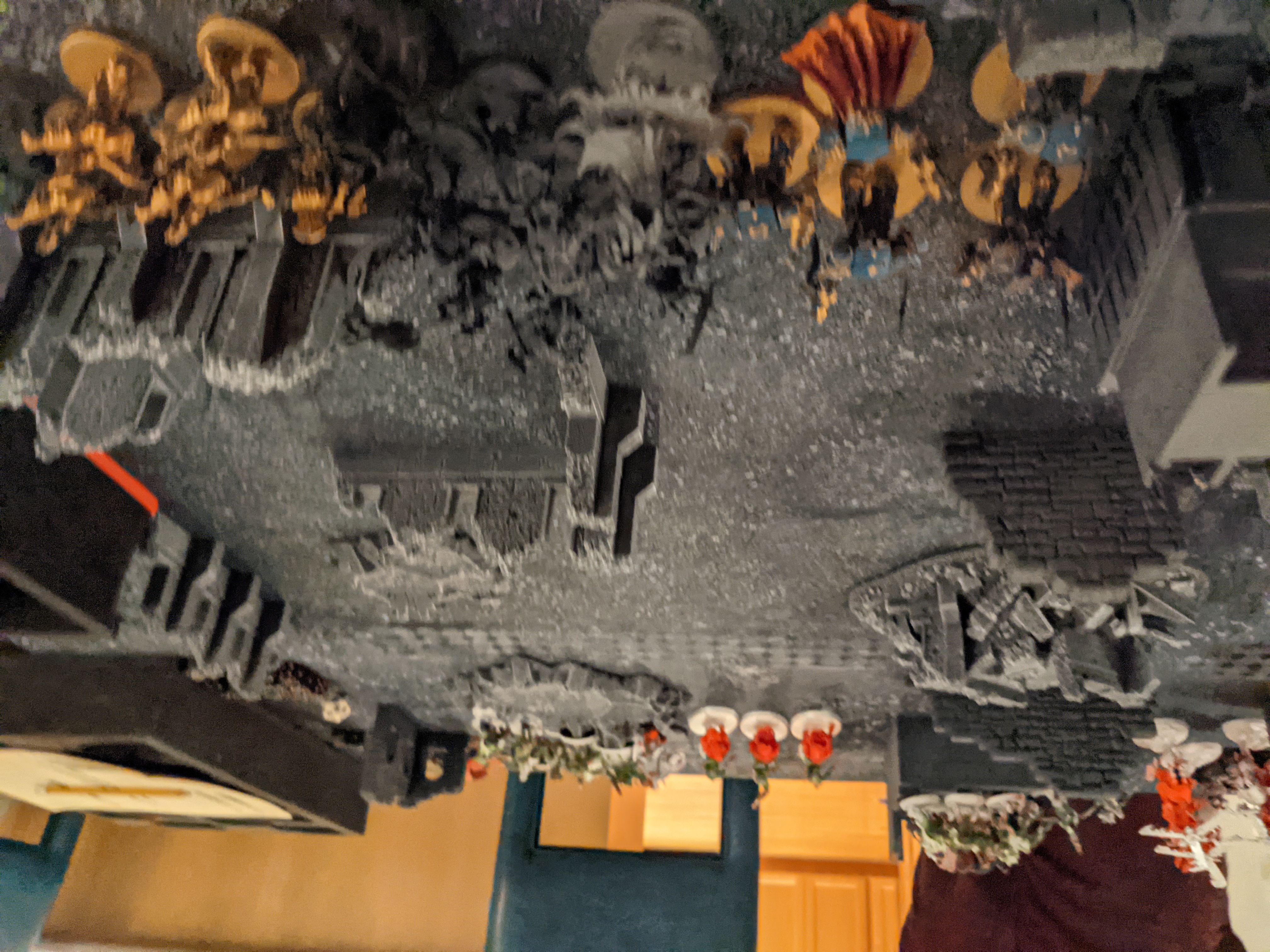 With the help of the shaman Gnarlok and his band of Tzaangors, we tracked the Orks back to their base of operations. Once again, the Scarab Occult moved forward to face the enemy attack, while Gnarlok and Zah’mat infiltrated the Ork camp. 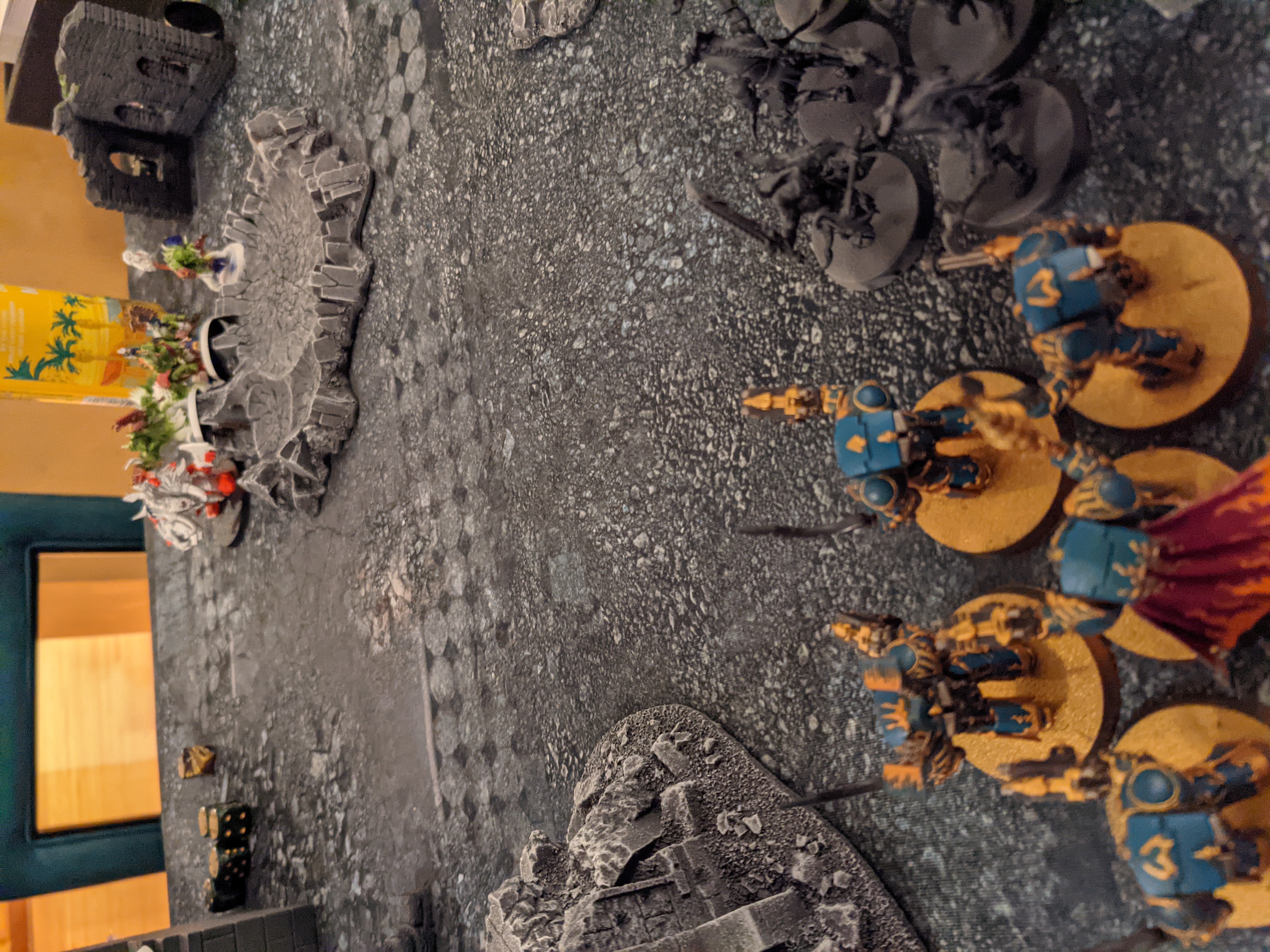 The Orks charged at us with a fury. Their leader was a dervish of devastation, cleaving through an entire unit of Rubrics with his mighty sword. However, he was unable to get past the Scarab Occult, and we were able to retrieve the arcane fragments, and escape the battlefield.

I am one step closer to my Inevitable Ascension!