What a fool Xanthoss was, calling himself the inevitable.

We travelled to a world containing an ancient Blackstone device, seeking to work a ritual that would grant us great power. On this world, we came across a band of Dark Angels. They were encamped far too close to the device, so we sought to sabotage their base and drive them off the planet. 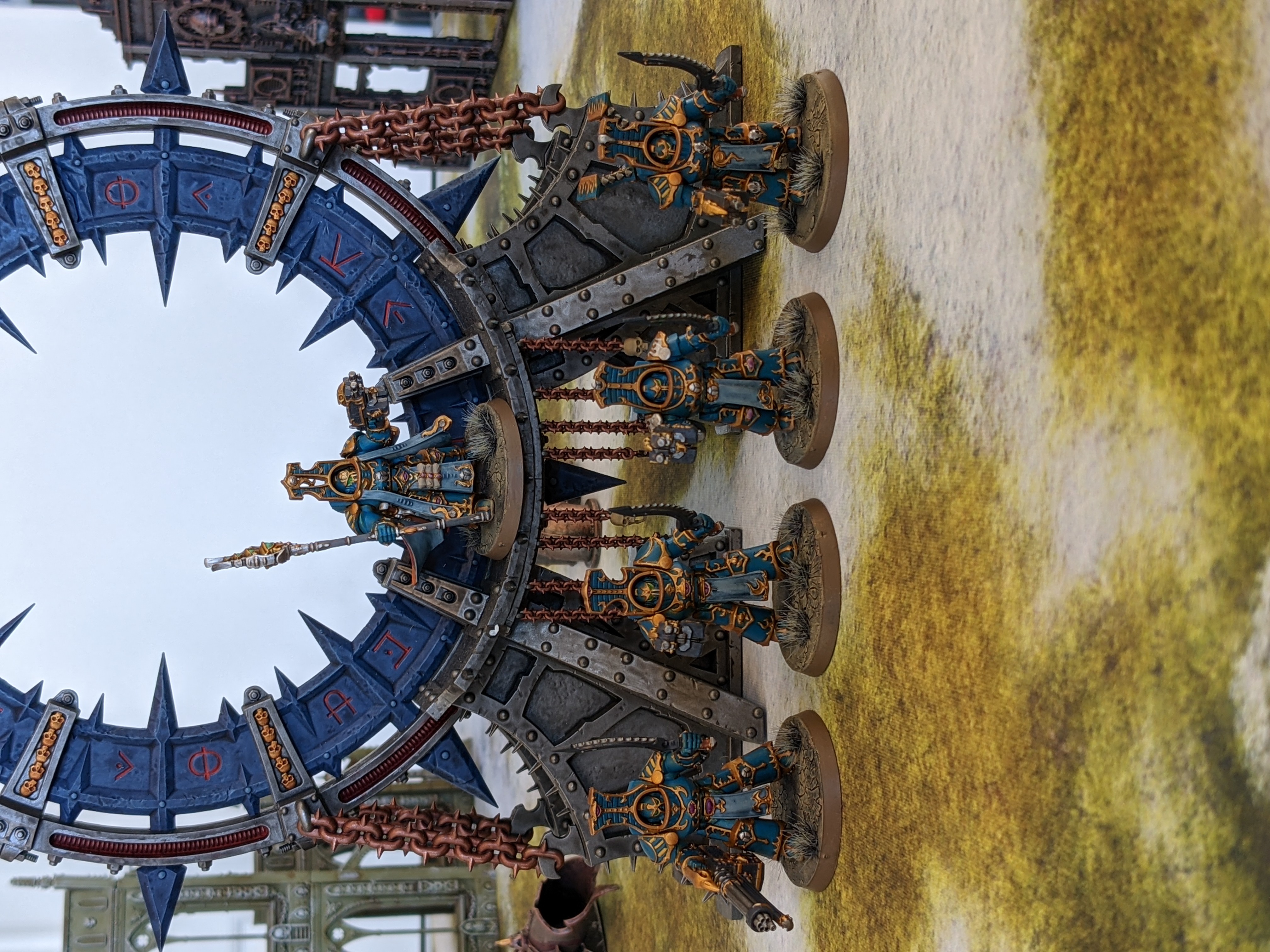 The Tzaangors moved to a forward position, while Xanthoss and I advanced with two units of Rubrics, and the Scarab Occult waited in the Teleportarium.

We unleashed a storm of empyrean energy on the enemy Repulsor, while I began to work the ritual. Meanwhile, a hail of bolter fire from the Dark Angels reduced a unit of Rubrics to dust, and decimated the Tzaangors. 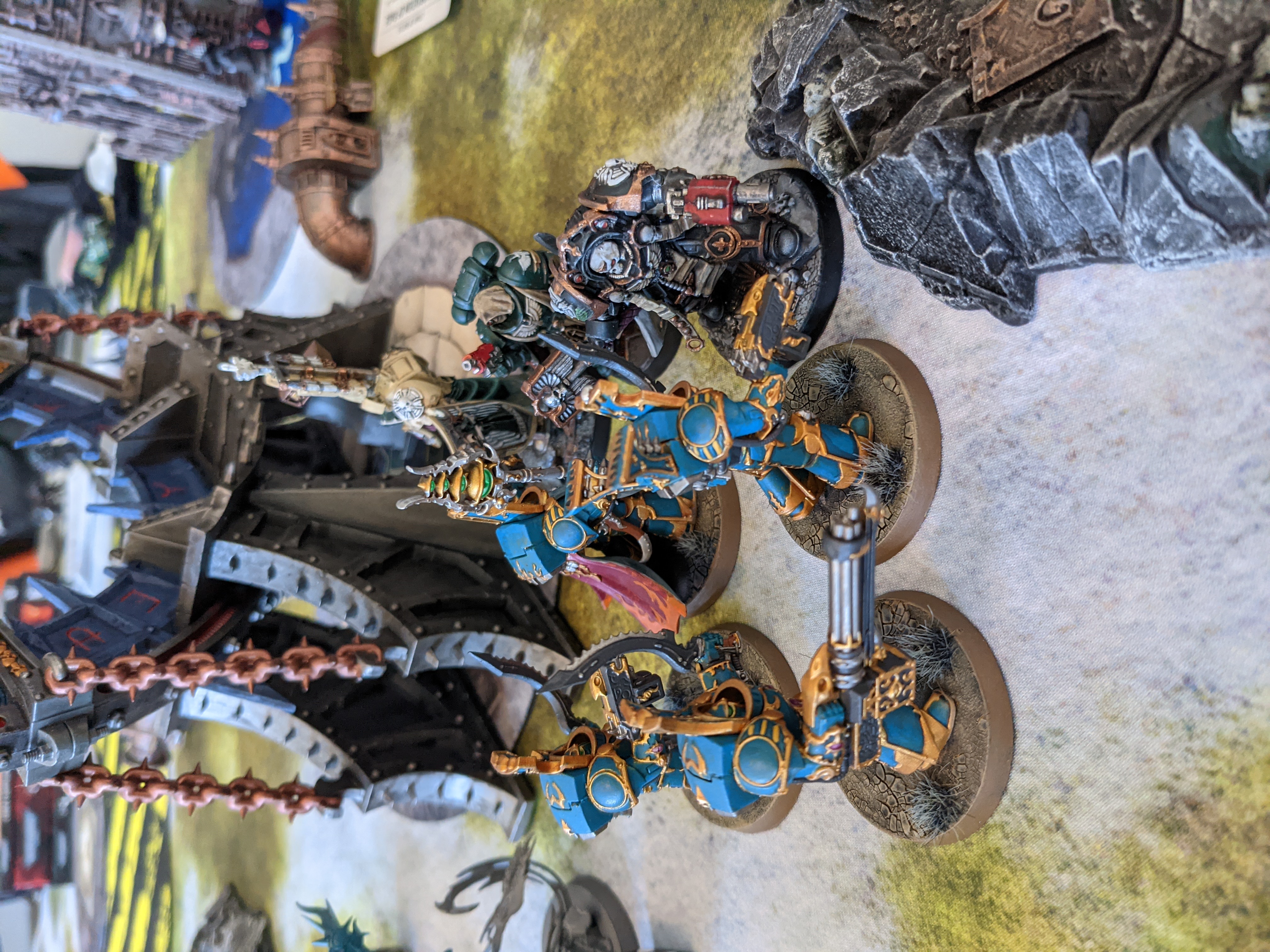 The Scarab Occult teleported in to protect us while we continued our work. An enemy chaplain, shouting paeans to the false corpse-god, charged their position, and cut through their ranks. In the end, Xanthoss and I faced off against the Chaplain. I made a tactical retreat, while Xanthoss finished off the chaplain. 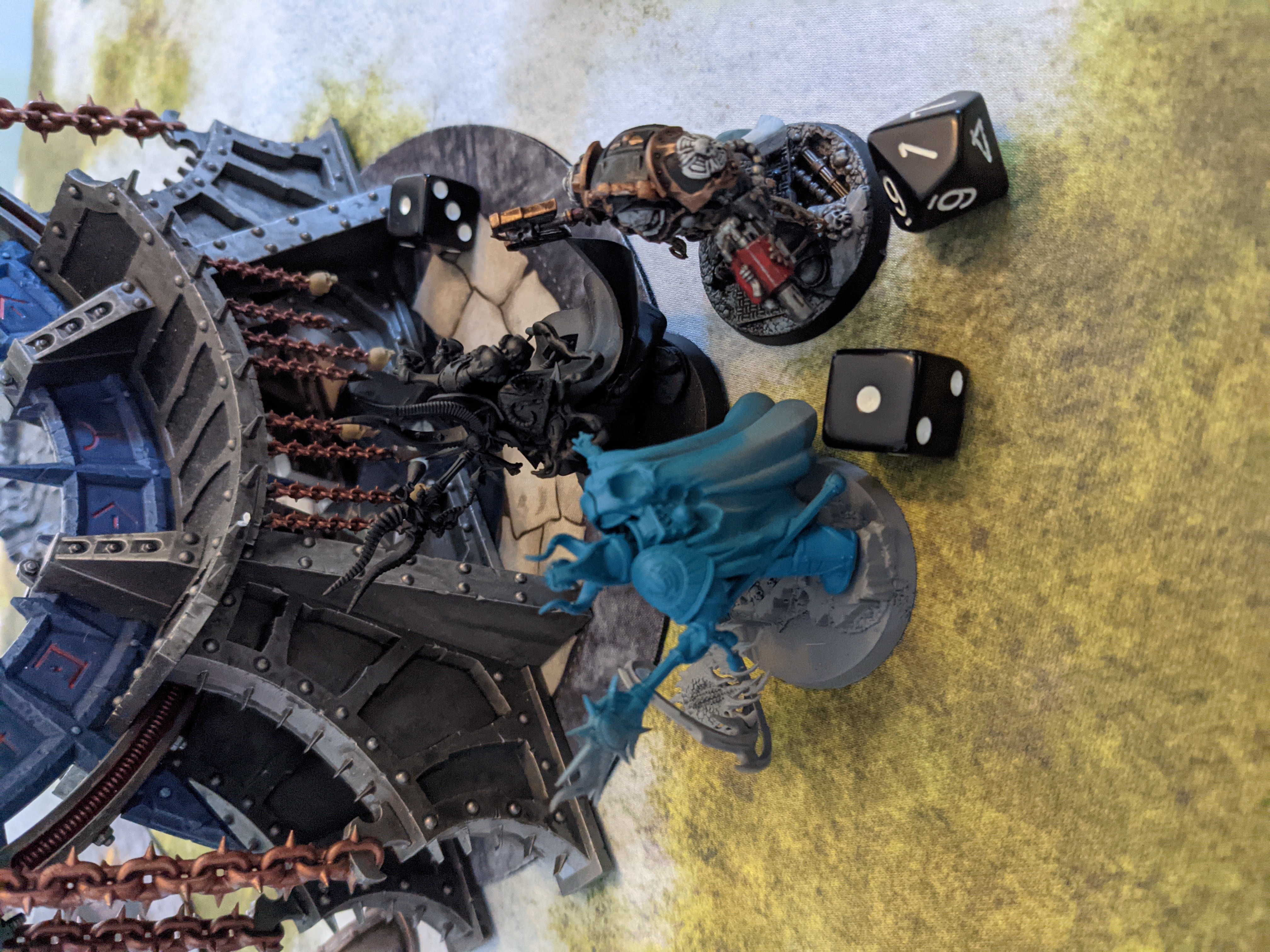 In his arrogance I’m Xanthoss did not see it coming. I had twisted the ritual to my own ends, and made a daemonic pact to sacrifice our dear leader. I then staged my retreat at exactly the right time. Xanthoss, alone on the battlefield, could not withstand the tidal wave of psychic energy pouring from the Blackstone gate. We returned to the battlefield to find that he had succumbed to the flesh change, just as planned.

Now, I will now take my rightful place as leader of this Thrallband! I will bring Glory to Tzeentch, as we rain destruction upon our foes. The Eastern Fringe will tremble at our might, and we shall have our revenge!